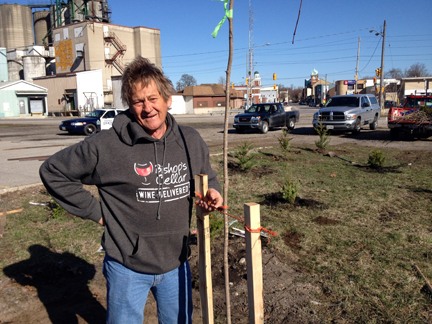 Municipal staff participated in a mass tree planting and clean-up of the lands near the CN railway station in Strathroy to mark Earth Week.

Following extensive site preparation work by the Roads Department and various municipal staff to prepare the area for planting, a total of 68 trees found a new home along the railway line on Wednesday, April 17, including 36 sugar maples, 8 hickory and 24 balsam fir. The trees were generously donated by John Stuart, a former resident of the area who currently...

With the warm season approaching, residents of Strathroy-Caradoc are reminded of the risks of unauthorized open-air fires.

Fire Chief Tom Gibson reminds residents of urban areas of the Municipality that burning of yard waste is strictly prohibited by both provincial legislation and municipal bylaw. If a complaint is received and the fire department is dispatched, a fee of $410.00 per fire vehicle may be charged to the offender or property owner. 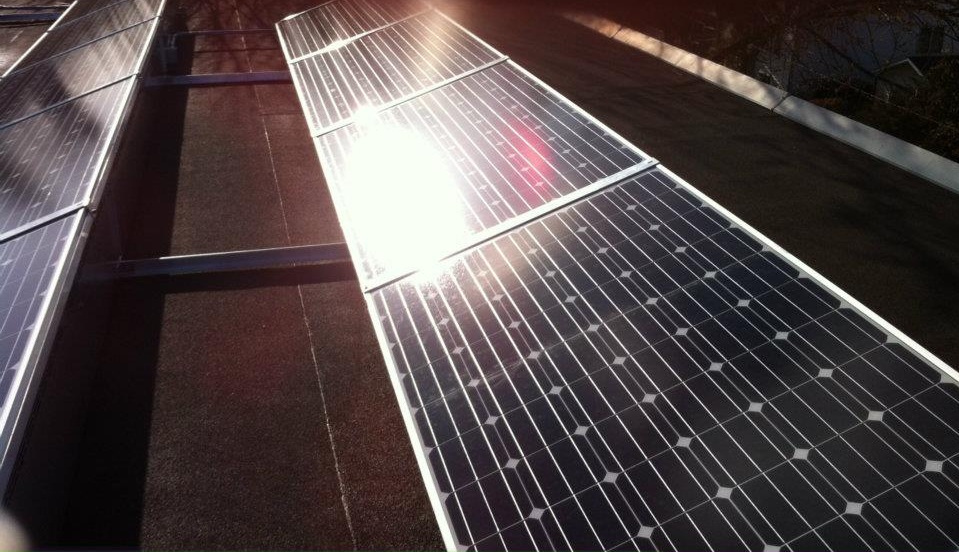 With agreements in place for a solar power farm at the Strathroy’s sewage treatment plant and transfer station site, local council’s attention has turned to solar projects on the rooftops of municipal buildings.

Strathroy-Caradoc Council has authorized the negotiation of contracts to install and operate solar panels on the rooftops of up to 13 municipal buildings as another innovative revenue source demonstrating leadership in renewable energy. The Ontario Power Authority has approved projects for...

The water slide was approved by council at its meeting on April 15 as part of an update on the pool development. The slide will feature an 18-foot high platform, and stretch for a 170-foot run in a double figure-eight pattern. It will be located beside the leisure pool area, but will empty into its own run-out basin rather than into the pool.

The slide feature was incorporated into the design for the project to enhance... 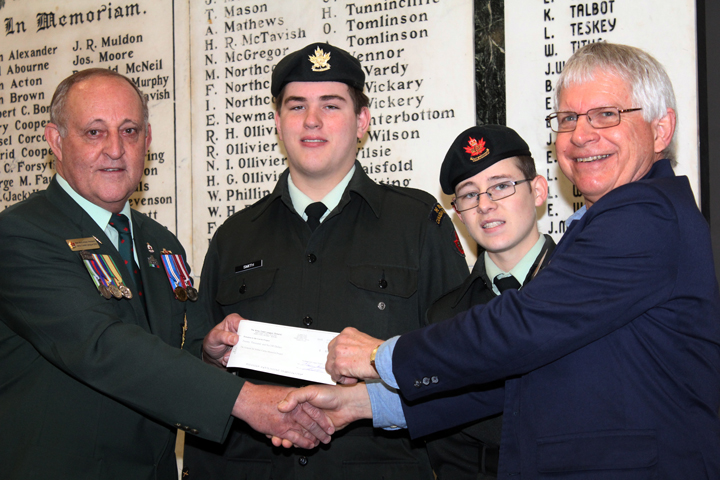 The Army Cadet League of Canada (Ontario) has raised $20,000 toward erecting a statue of General Sir Arthur Currie in his hometown of Strathroy.

Don McCumber, President of the Army Cadet League of Canada (Ontario), and Army Cadets Austen Smith and Aaron Dustin were on hand to present the cheque to the Sir Arthur Currie Memorial Project at the Great War Forum held in Mount Brydges on Saturday, April 13.

The money was raised by Ontario Army Cadets who sold Vimy pins in support of the Sir Arthur Currie...