A new policy on the planting and managing of trees on public property has been approved by Strathroy-Caradoc Council.

Council on April 15 approved a proposal, which establishes a policy and programs regarding the planting, maintenance, removal, and preservation of trees located on public lands in the municipality. In the process, the initiative creates fair and consistent practices across Strathroy-Caradoc, and makes best use of staff resources and possible funding opportunities.

Strathroy-Caradoc Council has approved an agreement with the Mount Brydges Lions Club that paves the way for a new splash pad in central Mount Brydges.

The splash pad would be located in the village’s central park, beside the Mount Brydges library parking area. The planned facility is modelled after an existing splash pad in Arkona. The project would be similar in nature to that currently being done in Strathroy by the Strathroy Rotary Club, with the Mount Brydges Lions covering the estimated cost...

Council on March 18 passed the budget, which will result in a 4.55 percent tax increase for the average residential homeowner.

While the tax money needed to help pay for the cost of day-to-day municipal operations is nearly the same as last year, the vast majority of the increase will go to help pay for capital projects. Included in the list of projects for which funding has been approved are: 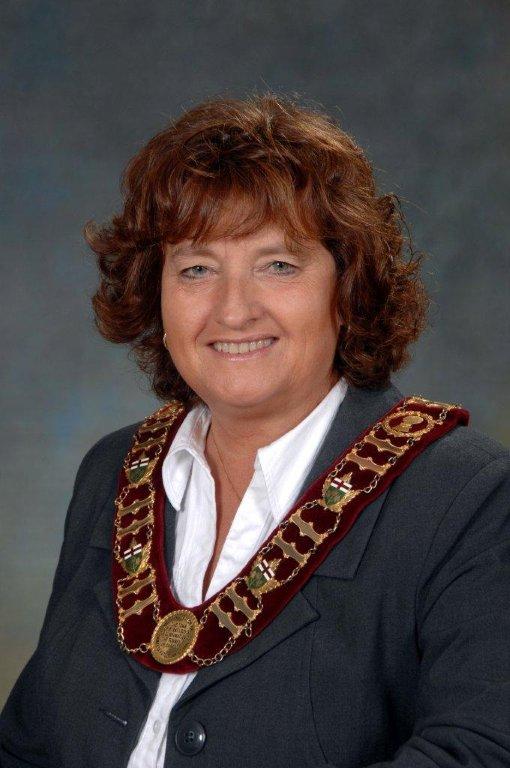 Strathroy-Caradoc Mayor Joanne Vanderheyden was installed as president of the Ontario Good Roads Association (OGRA) at their annual conference in Toronto on Wednesday, February 27.

Mayor Vanderheyden had previously served on the OGRA board for six years, most recently being appointed as 1st Vice President.

Founded in 1894, OGRA represents the infrastructure interests of municipalities through advocacy, consultation, training and delivery of services. OGRA’s combined conference with the Rural Ontario... 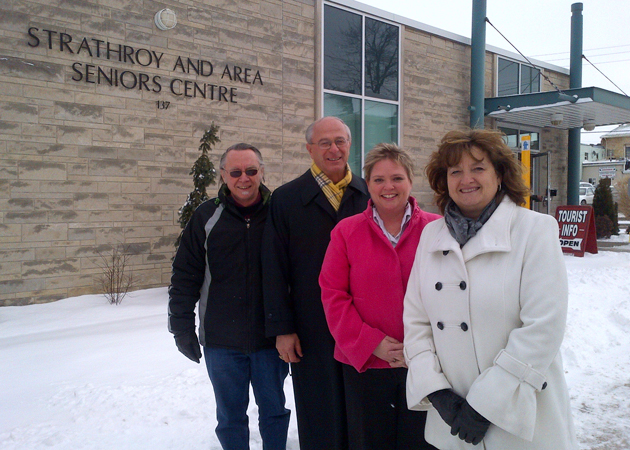 Strathroy-Caradoc will receive a $94,450 grant through the Community Infrastructure Improvement Fund for vital improvements to the Strathroy & Area Seniors’ Centre.

Lambton-Kent-Middlesex MP Bev Shipley made the announcement on Wednesday, February 20 at the Seniors' Centre, with representatives from the Municipality and from the Seniors’ Centre Council and the Strathroy & District Chamber of Commerce in attendance.

The grant will cover 50% of the anticipated cost of the project, which will...